The main function of any greenhouse is to create and maintain an optimal (for these plants) microclimate. The main characteristics of the microclimate are temperature and relative humidity. During the operation of the greenhouse, especially in the summer, the air inside heats up strongly (sometimes up to 50 degrees or more under the ridge), which leads to stress in plants, slowing down of their growth, a drop in yield and other negative consequences (up to the death of plants). A significant increase of temperature also negatively affects the performance of the film - it softens and lengthens, the strength is significantly reduced.

There are many ways to combat overheating like painting the film curtain, but the most popular and effective way was and remains to ventilate the greenhouse.

In practice, different ventilation options are used: lateral along the entire greenhouse, and, opening the roof in the middle of the greenhouse and upper along the ridge. 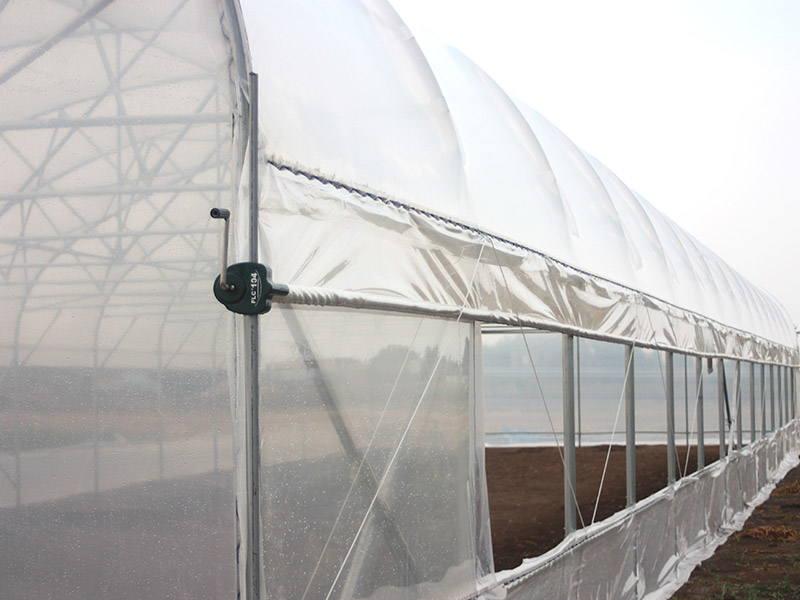 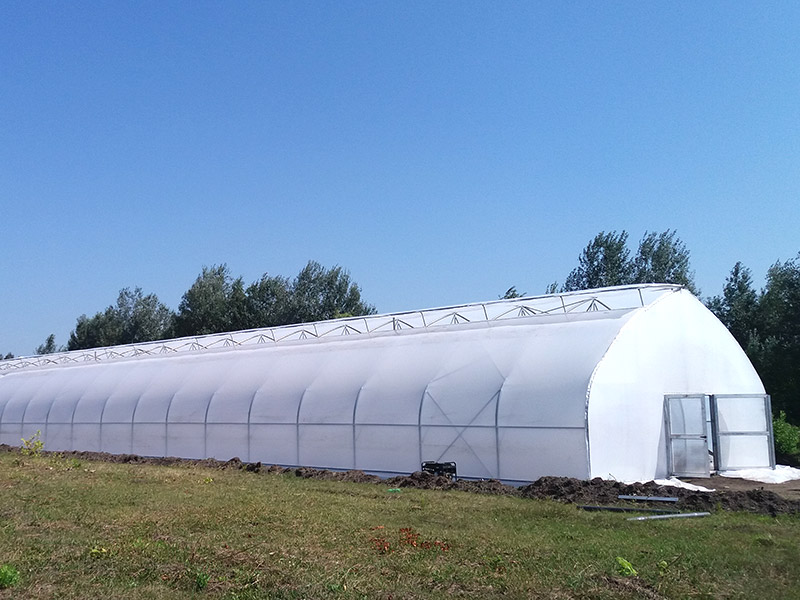 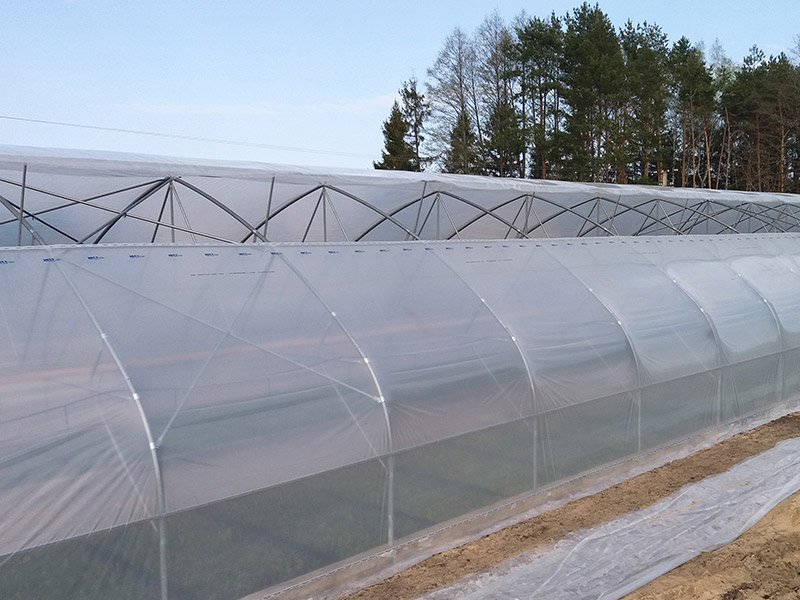 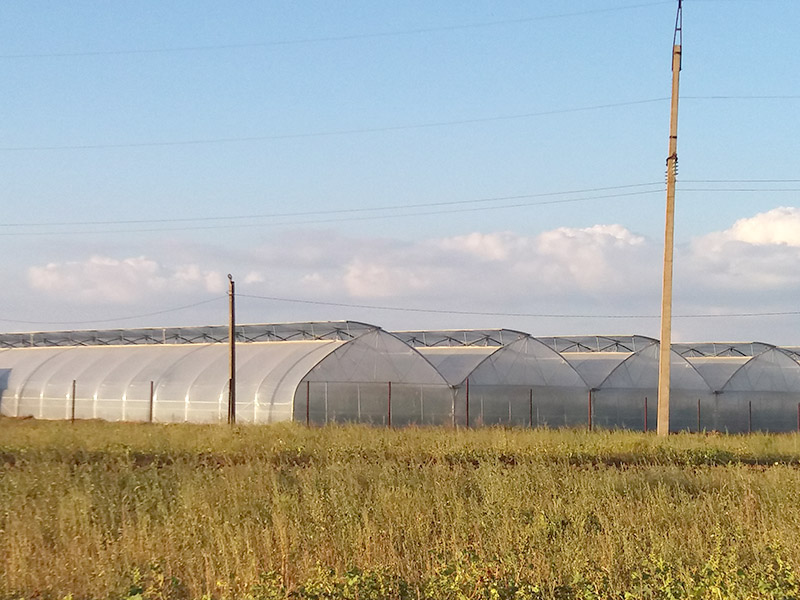 The simplicity and low cost of the side ventilation device has led to a rapid increase in the popularity of this type. In this case, the film on the side of the greenhouse is wound onto the pipe and at the same time rises upward, opening the window to a height of 1.5 ... 2.0 meters from the ground. However, this type of ventilation can hardly be called the best. After all, hot air rises up and accumulates under the ridge and pressing it down to the level of the window and removing it is, to put it mildly, not an easy task.From that reason, it is more rational to use side ventilation as supply ventilation in combination with other types.

In the end face ventilation, the end faces are already open, including their upper part, this ensures a sufficiently effective removal of the hottest air near the ridge. Obviously, with an increase of the length of the greenhouse, the distance between the ends increases, and with it the unevenness of the air temperature also increases. Here it is quite possible that the temperature in the middle of the greenhouse is several degrees (in the worst cases, a dozen or more degrees) higher than at the ends. This affects the productivity of plants greatly.

From the point of view of the efficiency of removing hot air from the greenhouse and the creation of the microclimate inside, undoubtedly, the most rational is the overhead ventilation along the ridge. Firstly,it intensively removes the hottest air at the same time along the entire length of the greenhouse. And, secondly, the cold outside air immediately enters the under-dome space, where it mixes with the hot inside and heats up, and does not fall on the plants quickly. This prevents temperature shock in the cultivated plants.