Ideal for commercial use, it has a large usable area compared to a conventional tunnel. The cultivated crop has a more natural air circulation, due to the larger area. 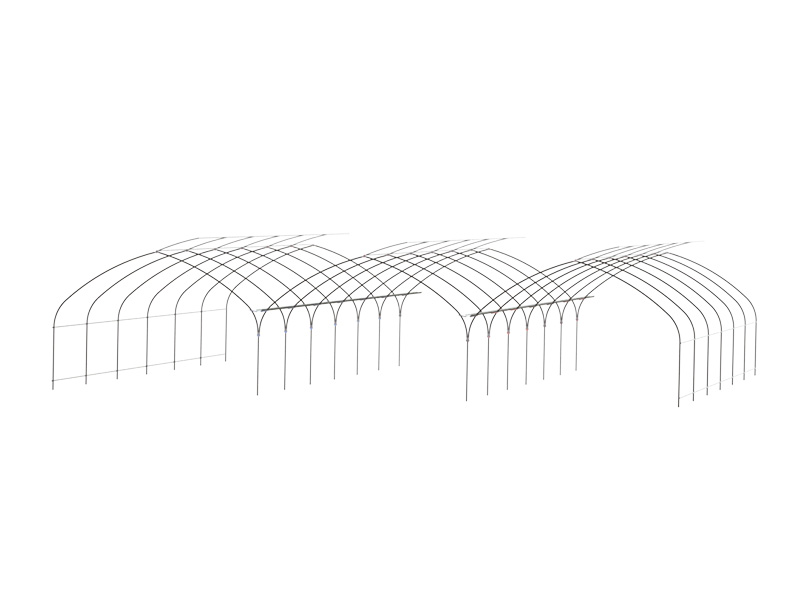 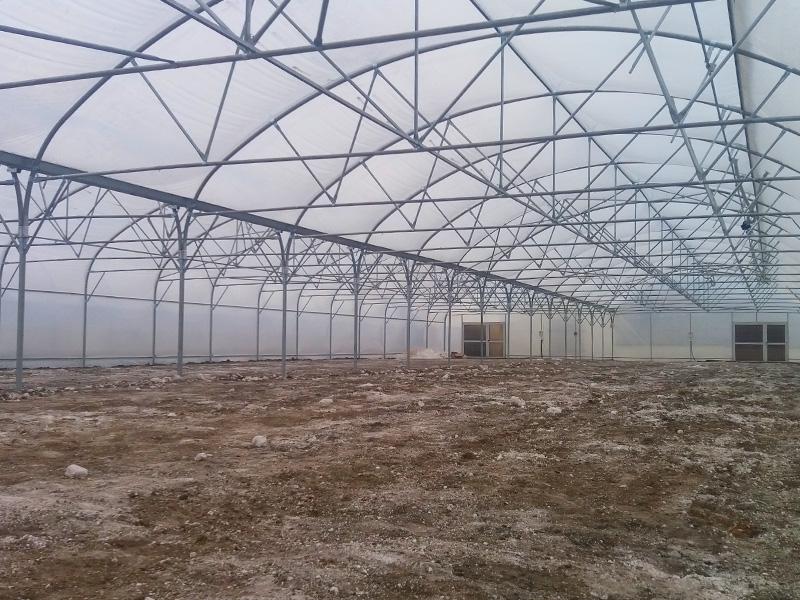 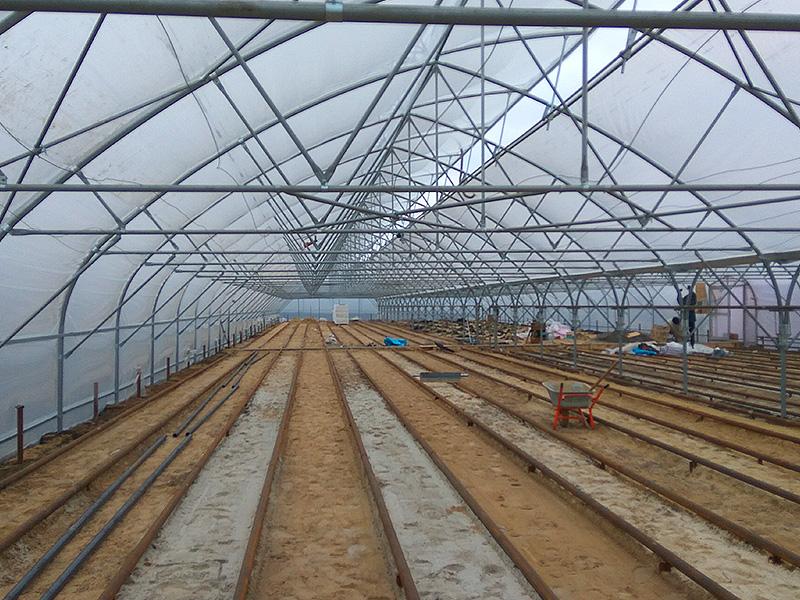 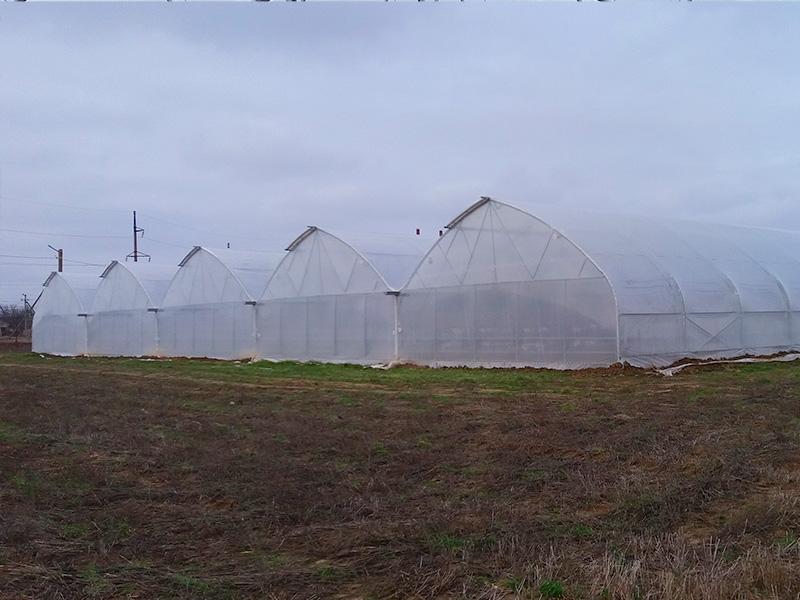 Designed for Ukraine and the CIS countries, withstand snow load on the frame up to 120 kg / per truss and wind load of 600 Pa (125 km / h). The height to the upper tier is more than 6m, the height to the lower belt is 4m, which allows you to grow any crops (vegetables, berries), flowers, seedlings, etc. in it. The width of one tunnel is 8 or 9.6 meters, which allows you to use a greenhouse inside any agricultural equipment

The ability to build a larger greenhouse at a lower cost than tunnel greenhouses of the same total area. First of all, due to the saving of the film - the side internal partitions inside the block greenhouse (4 meters high) do not need to be covered with film. Common irrigation and heating systems are used; the time of the service personnel is saved on moving inside the large greenhouse.